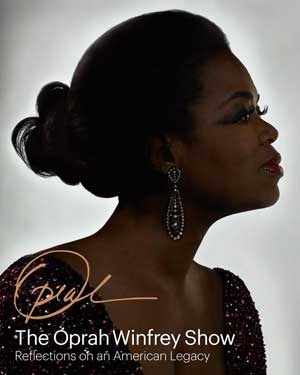 The Oprah Winfrey Show: Reflections on an American Legacy

"The Oprah Winfrey Show" will come to an end next spring after twenty-five years on television. Arguably the most influential television personality of all time, Ms. Winfrey and her show's impact on American culture cannot be overstated. This beautifully illustrated book will explore and celebrate the legacy of the show using written contributions from a stellar group of public figures and images from notable photographers. This book will also feature behind-the-scenes photographs from the Harpo archive, spanning the twenty-five years the show has been on the air, including the farewell season. Each chapter in the book will be dedicated to a theme (e.g., love and relationships, equality, giving, literature) and will open with an essay, written by a public figure closely associated with the topic of the chapter, which will explore how the show has touched people's lives and impacted the conversation around that issue. This essay will be followed by a narrative text, which will guide the reader through the history of Ms. Winfrey's involvement with that topic, including her motivation for engagement, as well as stories about the events, people, and organizations that have acted as touchstones or provided insights along the way. Interwoven in this narrative will be a story or quote from a featured celebrity contributor, who will provide a more personal perspective on the issue at hand. Ms. Winfrey will write the final chapter on the theme of gratitude. Accompanying the essays and narrative text will be images from the show, behind-the-scenes photographs, as well as signature portraits of the contributing celebrities taken by noted photographers.